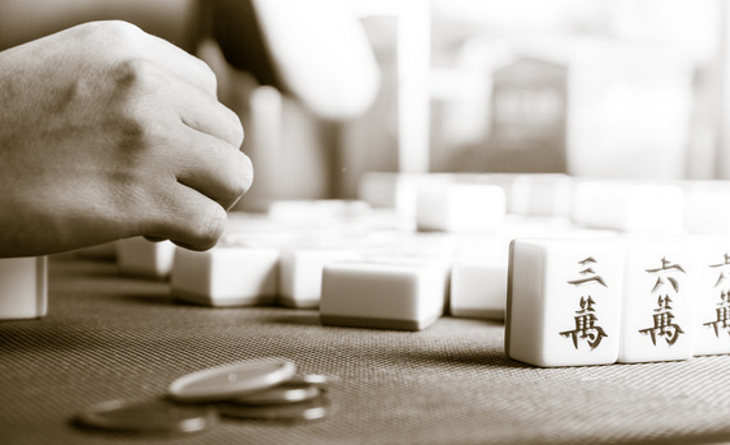 From the outside, this game might appear something to be fiendishly difficult and Oriental. However, the fact is that it is very much easy to understand and play. While trying to know about it, do not get confused with the computer game ‘Solitaire’ with the game of Mahjong! The computer game involves having two tiles to be matched at a time, while clearing the layout. The Mahjong on the other hand is nerve wracking, and a skilful challenge that is to be taken against real humans.

It is without doubt that one of the most widely played great games in the world is Mahjong. Over 500 million people throughout South-East Asia are known to get engaged in it. At the same time, it is also played by many across the globe, since it has a universal appeal and its devotees can find in it deeply attractive qualities. This game can be played by about 2 to 4 participants. Making it 4 will definitely enhance the game and generally 144 exotic titles are used, which is further divided to 5 ‘suits’, namely Circles, Bamboo, Characters, Winds and Dragons. This game more or less appears similar to the card deck, however, handling bamboo or bone engraved tiles or smooth plastic can be much pleasing to the player and his fingers in the live game.

How Mahjong is to be played? Basically, the 144 tiles need to be shuffled, face down. 13 is to be drawn at random and then you need have them in front of you lined up. Henceforth, each time, you get a turn, you are required to draw new tile from table. Check if the one taken helps your hand to be improved and have one tile is to be discarded face up. Your hands are to be improved to a pair and four groups. Two identical tiles is what the pair is created from, on the contrary, four identical tiles (known as Kong, for instance 4 white dragons) or 3 North Wind tiles, or three ‘straight’ tiles in similar suit (known as chow, for instance 3-4-5 of Bamboo suit). It could be that you already know the basic fundamentals of this game. Mechanically, it is a part of rummy family, another Chinese invention and dates several centuries back, similar to other card game that is time tested like Canasta and gin rummy.

For several rounds, the ‘draw, enhance and discard’ play continues. As all the four groups along with the pair that you take gets assembled: simply shout ‘Mahjong’! After which you need to have all of your tiles exposed. Immediately the game stops and you are likely to receive payments from the other players. Sinning hand score gets calculated in the form of points that corresponds to money at an ‘exchange rate’ that is previously agreed to. With the tiles in better combination, the opponents can feel it highly expensive. The tiles after this are turned over to get shuffled. In similar manner, the other hand is also played.

With the tips, you are now completely aware of Mahjong basics. Was it really tough to pick up the strands of the game and to understand it? Several additional tweaks are generally present. A tile can be claimed under specific conditions where the opponent had discarded and to have it added in the own hand. Bonus tiles (Seasons and Flowers) also is played generally that adds additional points and luck to the game. In case, you achieve 4 identical tiles kong, then you are required to draw immediately from the table an extra tile. This way, you can now form the pair and the remaining groups with the sufficient tiles in hand. Like inferred before, no tile is discarded as you get to make your mahjong to complete. On beginning the game, the finer points can be accrued naturally. There are some poetic names of high scoring, rarer hands that can further add to the present level of excitement taking the game to a new high. The opponents will be compelled to pay out more, if you make this one and gain a lot. Also, the game is available in different variants that are quite interesting, right from strategic, subtle competition version hat is selected for international championships to those played in the clubs of Hong Kong like the streamlined gambling version.

You are sure to be fascinated and have a rich experience by indulging in the game of Mahjong, due to its infinite variety. It is for sure that this appealing and enduring classic can get you hooked for life.